What I learned because of Kansas

I feel like my own blog should be a safe place to vent, although I'm certain it's not since anyone can read and respond. My views generally do not represent the views of the general population. Kind of an “in the world, not of it” sort of thing I guess. I'm sure some people reading this will disagree with something I'm about to say. You are welcome to have and express your own opinion. I only ask that we do so respectfully, thinking of others over ourselves. That being said...

I got into a discussion on Facebook about abortion. Apparently, Kansas has passed some laws about the physical state of clinics that provide abortions. They are regarding things like the size of the janitor's closet and the operating room, the temperature of the operating room and recovery room, the amount of time the woman has to stay regardless of the depth of procedure. Since the clinics in Kansas have not had enough time to meet the requirements, they have been shut down, until they can meet the new requirements.

A question was asked by a Facebook friend: “should Pro-Life folk feel good about what has happened in Kansas?” I responded that I imagined they would, at least temporarily. There were a few more comments passed back and forth about how it could come to women getting illegal abortions again and that so many women will die from unsafe conditions like they did before Roe v Wade in 1973. I wasn't around back then and didn't study much U.S. law/history in my Canadian classrooms, so I poked around to see what the stats were. 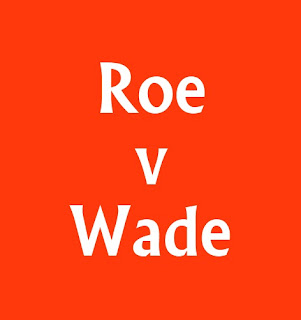 It has been estimated by proponents of abortion that 5000 women died each year from illlegal abortions before 1973. Apparently, in 1960 there were 1579 pregnancy-related deaths; 289 of those deaths were attributed to abortions (legal and illegal.) In 1968, 133 of the 859 pregnancy-related deaths were attributed to abortion. In 1972, there were 24 deaths from legal abortions and 39 from illegal. The reason for the steady decline is more likely attributable to factors such as the availability of better antibiotics, the appearance of ICUs, and better surgical techniques. (I got these stats from someone else who did all the research with the Vital Statistics of the United States, Vol. II, Mortality, Part A. 1960-77. You can read the two page article here.)

Back to my Facebook discussion, I was told that those who think the decision to have an abortion is easy are being judgmental. I'm awfully glad I hadn't said that it was an easy decision and hadn't, therefore, just been called judgmental (even though I can be.) Not wanting to judge, I started wondering what the reasons were that a girl/woman would choose to have an abortion over carrying the child to term and putting the child up for adoption. Some of the reasons I've found:

1 - Pregnancy means producing a child and some women simply do not want to do that to their bodies.
2 - Married women who already have children are embarrassed by unwanted pregnancies and do not want to explain where the child went if people see them pregnant for several months with no sign of a baby afterward.
3 – She may become attached to the baby as it grows inside of her, making her want to keep it.
4 – If she is able to overcome this attachment, she may wonder if the child is safe or not once adopted. Furthermore, the child may try to find her later in life, which would be emotionally difficult for her.
5 – She feels like she is abandoning her child if she puts it up for adoption. Rather than subjecting her child to these feelings, she feels the child is better off aborted.

I promise you, I'm not making these up. The full article can be found here.


I guess after reading that article, the only thing I can think is: Is my own personal comfort more important than the life of a defenseless person?

The vast majority (99.5%) of these aborted babies are the result two people having consensual sex. (According to the Alan Guttmacher Institute [the Planned Parenthood people] only 0.5% of babies are aborted because of rape.) So these people choose to have sex, having learned in Grade Five that it can result in pregnancy, and then when it does, they decide that the baby they just made is inconvenient so they want to kill it before it gets big enough to really cause a nuisance.

I want to understand a lot of things about this, but I just can't.

Someone I knew growing up (and remained friends with since) got pregnant at a very bad time in her life. It was incredibly inconvenient, embarrassing and shameful, not to mention expensive, painful and life-altering. She went from being a pre-med major, with hopes of one-day being a doctor, to being a college drop-out and stay-at-home mom. She expedited her marriage to her fiance and then settled in for a very tough haul that resulted in divorce many years later. Ask her if she regrets that discomfort and pain and she'll vehemently say “NO, it was worth it for that baby to still be in my life right now.”

And I guess that's the perspective from which I consider the subject of abortion. I've seen unplanned and difficult pregnancies. I've seen the looks of joy as infertile couples received their adopted babies, all the more precious because they spent so many years hoping for a child they could not have. And I've heard stories of pain from women who chose to have abortions and spent their years wondering what might have been or who might have been.

I'm not trying to judge someone that has had an abortion, is considering it, or supports those that have. I do question the decisions that they have made and whether they really realize that they are taking a life that is not theirs to take when they make that decision.

I promise, I am not judging. “Do not judge, or you too will be judged. For in the same way you judge others, you will be judged, and with the measure you use, it will be measured to you. “ I hope those that know me can testify that I am trying to understand. I want to understand why it is so important to people that we stand up for a legal way to kill a baby.

I'll leave you with the words of "Janet Roe" of the landmark Roe v Wade case:

I was sitting in O.R.'s offices when I noticed a fetal development poster. The progression was so obvious, the eyes were so sweet. It hurt my heart, just looking at them. I ran outside and finally, it dawned on me. 'Norma', I said to myself, 'They're right'. I had worked with pregnant women for years. I had been through three pregnancies and deliveries myself. I should have known. Yet something in that poster made me lose my breath. I kept seeing the picture of that tiny, 10-week-old embryo and I said to myself, that's a baby! It's as if blinders just fell off my eyes and I suddenly understood the truth — that's a baby!

I felt crushed under the truth of this realization. I had to face up to the awful reality. Abortion wasn't about 'products of conception'. It wasn't about 'missed periods'. It was about children being killed in their mother's wombs. All those years I was wrong. Signing that affidavit I was wrong. Working in an abortion clinic, I was wrong. No more of this first trimester, second trimester, third trimester stuff. Abortion — at any point — was wrong. It was so clear. Painfully clear.
Posted by Wanda at 11:05 PM 16 comments:

An honest look at the Mac vs PC discussion

I have a PC.  I've always had a PC.  I recently experienced terminally slow upload speeds and inquired of my Faceboook friends to see if they had an ideas of why this might be happening.  I received a few helpful replies, as well as a couple "Get a Mac"-type suggestions.  I am not interested in getting a Mac and I'm fairly certain the slow upload speeds are the cable company's problem, not my PC's problem.  But, after talking with a few people and reading a few articles, I'm curious and want to hear your pros and cons of PC vs Mac. 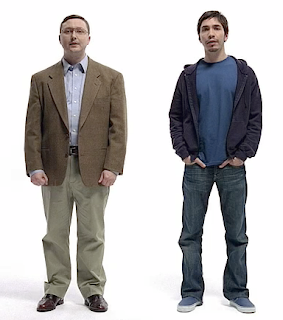 Since I have never used a Mac, I'd love for you to explain to me what you think makes a Mac so much better than a PC.  I'd also love to hear from people that have used both and choose to continue using a PC.  I read through this article and like the unbiased way that the author views the machines.  In the end it seems that it's a toss-up between the two machines.  His conclusion is that if you want a quicker machine and/or do a lot of creative editing then a Mac is your machine.  If you don't mind a slower machine that is more versatile, go with a PC.

What are your (respectful) thoughts?

(Any comments deemed inappropriate will be deleted.  We're here to have a nice discussion, not sling digital mud at each other.)

If only we could keep the boys that still

I wish I had taken my camera with me today.  We had the whole family out shopping this morning and stopped in at Old Navy to redeem a Groupon I had purchased.  While I stood in line to pay, our seven year-old girl meandered over to the display mannequins and started playing around them.  Eventually, she stood beside the little girl mannequin, grabbed her hand, and stood stone still.  And stood still.  And kept standing still.  She stood there for a good four or five minutes while my hubby and I giggled behind her back.  She heard us but was so dedicated to her art that she didn't move.  When we left the store, she dissolved into a laughing fit at her stunt.