Great is Thy Faithfulness - Let it Snow!

Early this morning I opened the fridge to get cream for my coffee when I noticed the carton of Egg Nog, the first of the season, purchased just two days ago. "We should open that tonight," I thought to myself.

I pulled my sweater tighter around my torso to get rid of the snowy chill creeping into the house when I heard a THUD against the window. I saw two Red-Cheeked Faces gleaming up at me just as the third Red-Cheeked Face yelled through the door, "Mom, you have to come to the window. There's something for you to see."

Before he finished the words, the first two threw their first snowballs of the season, right at the window. I made faces at the throwers, staying there long enough for their target practice to be successful, then went back to pouring my coffee.

I sipped the hot liquid, letting it warm me as I listened to the giggles of glee from my children on this, the morning of the season's first snow fall.

Although I would usually cringe at the cold and mess, today I am reveling in the joy that change brings and the reminder of God's covenant with Noah, "As long as the earth endures, seedtime and harvest, cold and heat, summer and winter, day and night will never cease."

While I've been playing Christmas music for the last week or so, you might find me humming this verse of the beloved hymn "Great is Thy Faithfulness" today: 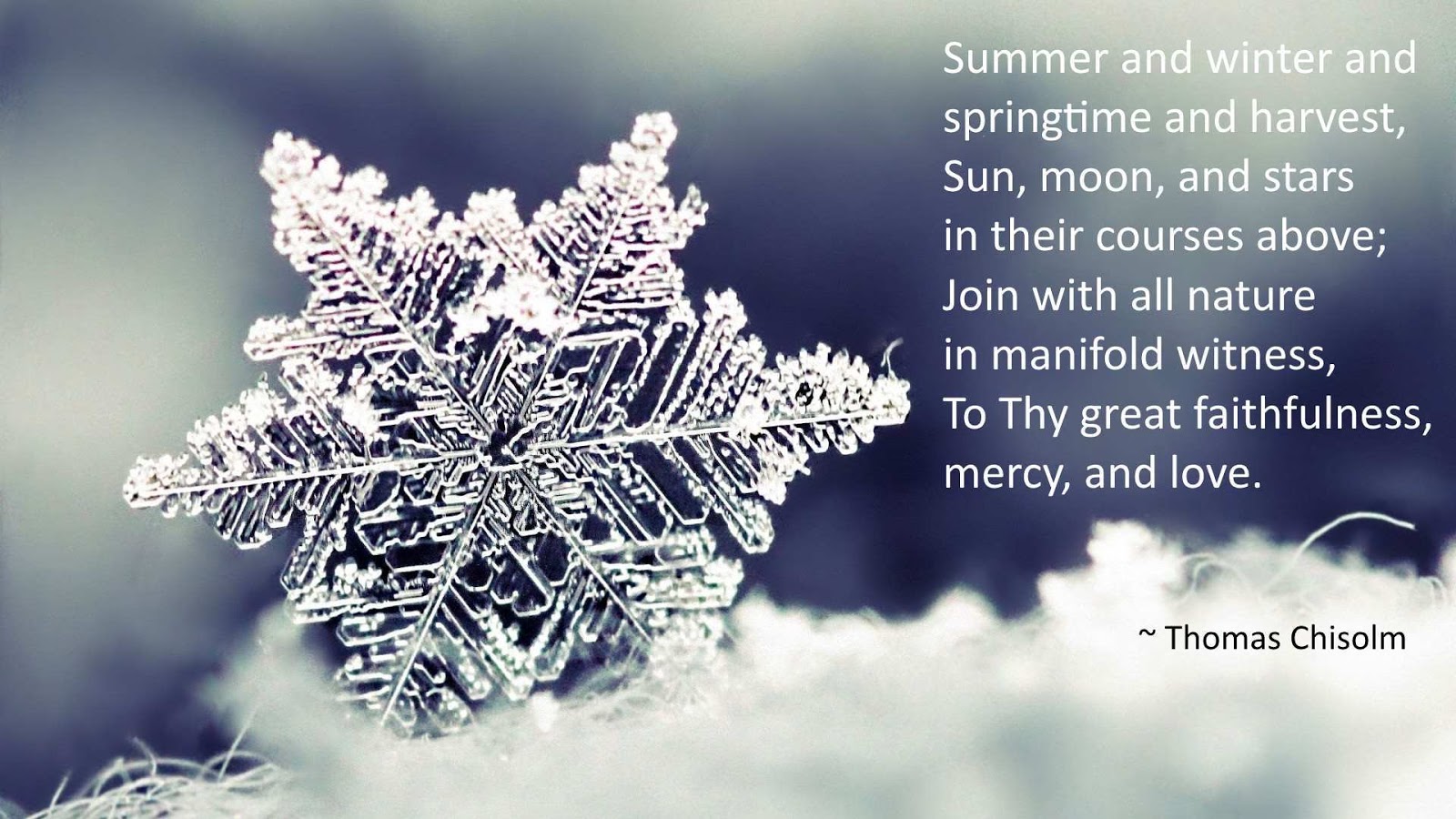 Can we all agree that there is a point at which we can stop pretending to be interested in every little thing that our children want to show or tell us?

Yesterday, in a moment of exhaustion, I told my 12 year old that "Now is NOT the time to show me your K'Nex crossbow's many stages of production. I love that you're excited about building it and I think it's great that you are finding new ways to make it stronger, but I'm busy and I don't want to look at it a gazillion times this afternoon."

That may not be a direct quote. But I'm pretty I said the word "gazillion."

Just now my youngest walked into the kitchen while my hands were busily scrubbing away food crud from the day. "Mom, I got to level 16 and I've only been playing for 45 minutes. And on Super Mario Something-Bros I got mumbling and more mumbling with random numbers that don't mean anything."

When I realized that he was, in fact, speaking English, and that he expected me to respond in kind, I stopped him short. "Are you talking about video games?"

" I don't want to hear about video games right now."

(To be clear, I love my kids, spend every waking moment with them, and never really thought about this until I started homeschooling.  I may be going slightly insane, but it's worth it to see how my kids are changing as a result of all this time together.)

How do we find the line, draw the line, and stay on the sane side of the line that determines what we need to listen to and be interested in?

I realize that I am certainly not the first to broach this discussion and I won't be the last.

I came across the story of Paulo Serodio and became curious about the term “African-American,” so I looked it up online.

"Online" – the definitive authority on anything and everything.

Specifically, I wanted to know if any American who comes from the continent of Africa can call himself “African-American.”

It turns out that they can't, and, in fact, they shouldn't. The only people who should call themselves “African-American” are those who descend directly from dark-skinned slaves in the United States of America. The reasoning is that the slaves, when taken from their native lands, were stripped of tribal or national identification, allowing them only to identify as “African.” This, apparently, prevented them from banding together and revolting against their slave masters.

Except that other people of colour say that the slaves were taken from Morocco, and they insist that the descendants of slaves be called Moor, Moorish-American Moslem, or Asiatic.

Still others claim that the slaves brought over from the east are actually descendants of the 12 tribes of Israel and should only be called Hebrew Israelites.

Finally, there are those who say that American-born folks are so different from Africans that they should never call themselves "African-American," because it's offensive and disrespectful to African immigrants.

White people, typically known as "Caucasian" should continue calling themselves “Caucasian” even though most white people have no idea where Caucasus is. (It's a region in southern Russia, very close to Sochi, the city where the Olympics were recently held.) The term “Caucasian” was given to people of a region, regardless of their skin tone. It was then changed to “Caucasian Race” to describe one of the two known races at the time. (The other was “Mongolian,” obviously.)

At the time, people of the Caucasian Race were considered more attractive (physically, morally, and intellectually) than their Mongolian counterparts. Within this specific "race," the ultimate archetype was found within the German people; it was concluded that they were the most attractive and virtuous people on earth.

And so, World War II happened.

"Caucasian" is now used to describe people both anthropologically and racially; it can refer to their ancestors' region of origin or their skin colour.

I have an idea. How about we all just be people... people who live in this country or that country? When we try to define humans by “racial” classifications it gets very confusing. If we want to fix “racial relations,” let's start by treating each other like members of the Human Race. We could pretend that we're all kind of the same and kind of different, regardless of our country of origin or genetic lineage. It should be pretty easy since we are all kind of the same and kind of different. If our governments and schools and employers can stop segregating us on forms and censuses, we may just have a chance to break free of the social construct (man-made myth) that "RACE" defines us. Shouldn't we, instead, consider who the person is underneath the skin? 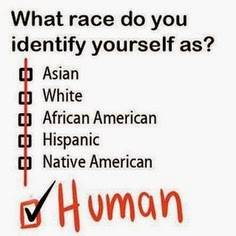 I have less melanin than some people. I have more melanin than other people. I try my hardest to not let that make a difference in how I treat anyone. I encourage you to do the same.

**I know that someone reading this will say that, medically speaking, it is important to know your "race" and report that to your doctor and/or pharmacist, as certain "races" are predisposed to certain problems. I disagree. Ethnicity matters. Ethnicity is "a socially-defined category of people who identify with each other based on common ancestral, social, cultural, or national experience." If you feel that your ethnicity matters, by all means, report that to your doctor.  Let your ethnicity guide your medical treatment, just as the report of a trip to West Africa may guide my medical treatment. But please understand that we define our ethnicity; it does not define us.  It is medically necessary, but not socially necessary.**

Pardon me, your epidermis is showing, sir
I couldn't help but note your shade of melanin
I tip my hat to the colorful arrangement
Cause I see the beauty in the tones of our skin

We've gotta come together
And thank the Maker of us all

A piece of canvas is only the beginning for
It takes on character with every loving stroke
This thing of beauty is the passion of an Artist's heart
By God's design, we are a skin kaleidoscope

We've gotta come together,
Aren't we all human after all?

Well, just a day in the shoes of a color blind man
Should make it easy for you to see
That these diverse tones do more than cover our bones
As a part of our anatomy

So many thoughts...  Shoeboxes about to be packed, Christmas around the corner, rooms being re-arranged with stuff being moved back in.

Let's start at the beginning.

In July, I found myself yelling words that I had never dreamed I'd be yelling.  "Aaron, our house is on fire!!"

An errant ember, coming to rest on a stack of cardboard, made short work of the side of our house. The fire department came quickly, just in the nick of time, and doused that corner of our house from top to bottom. 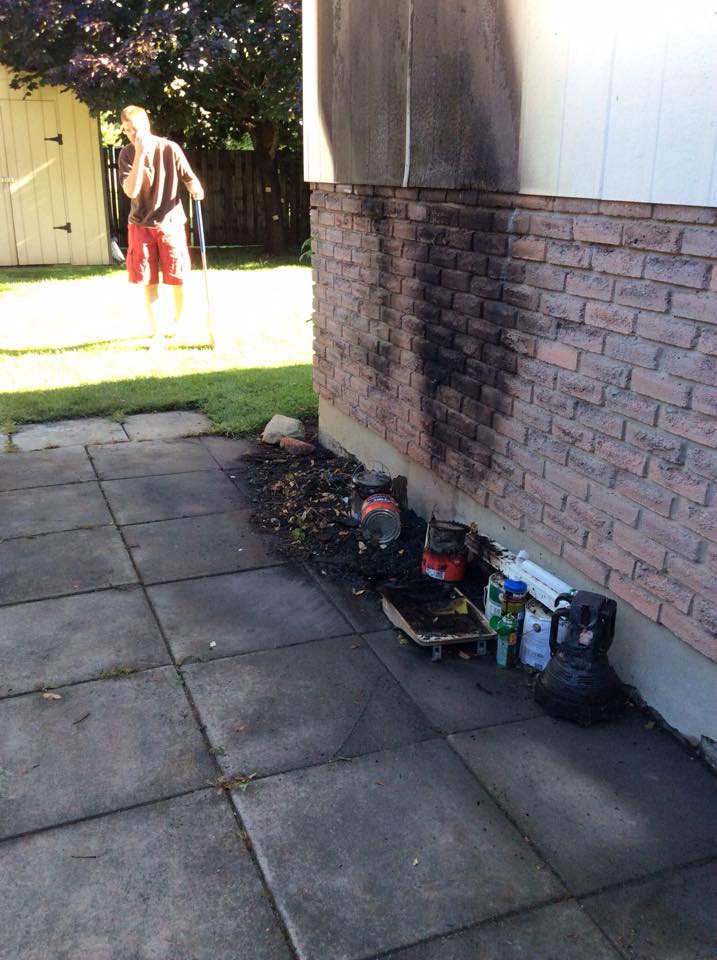 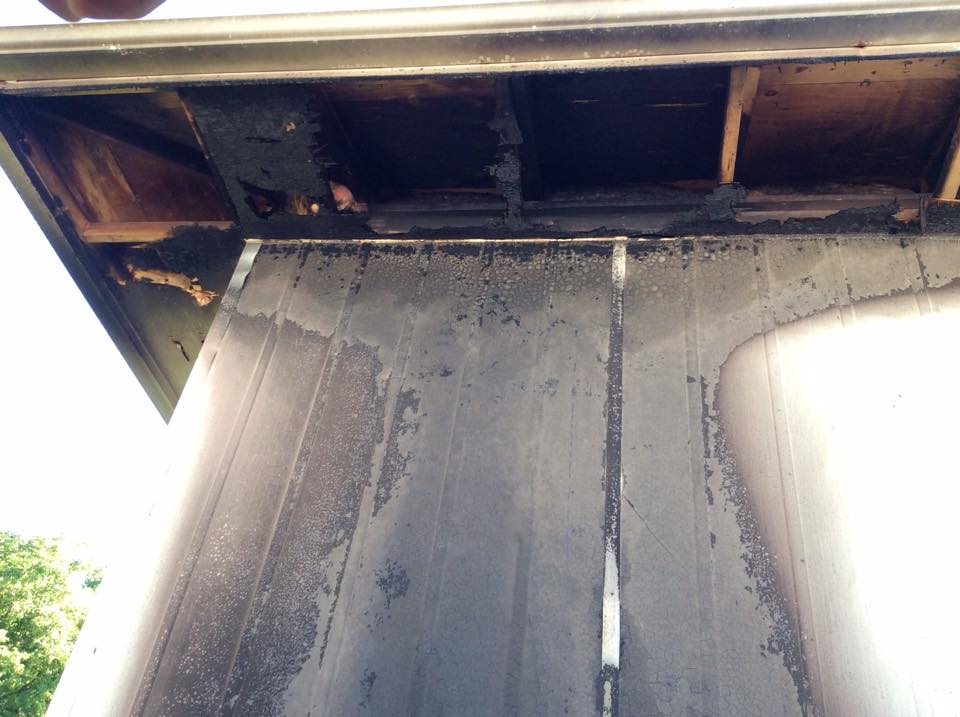 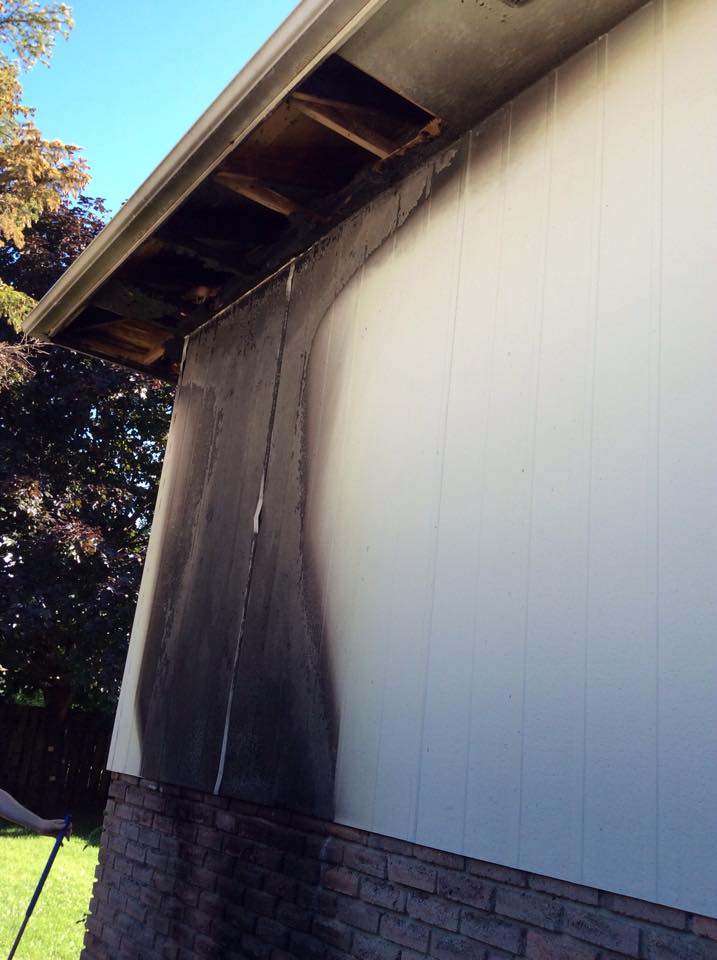 We were very thankful for the quick response that left the inside of our house intact, but we were left with a soggy mess. 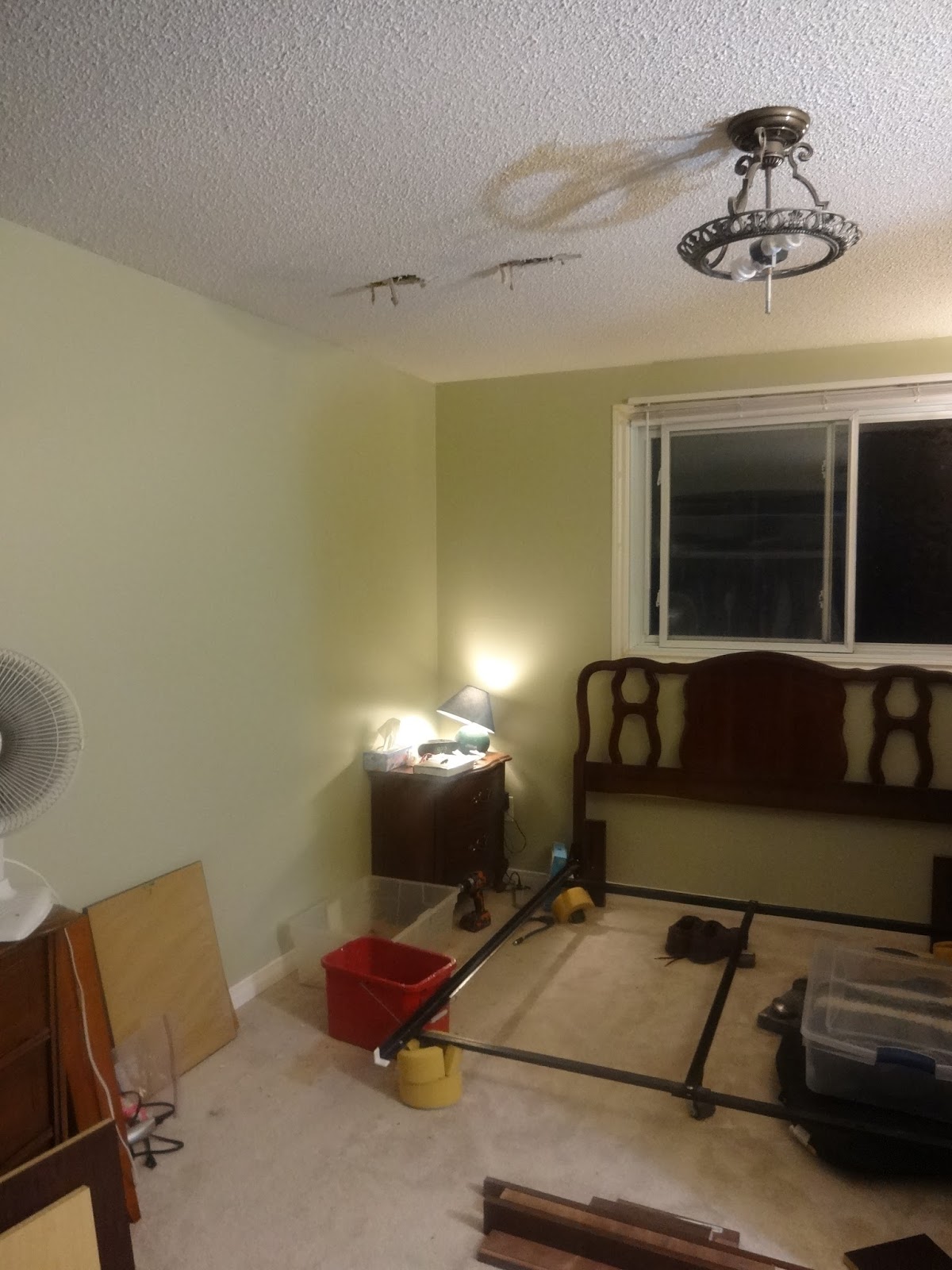 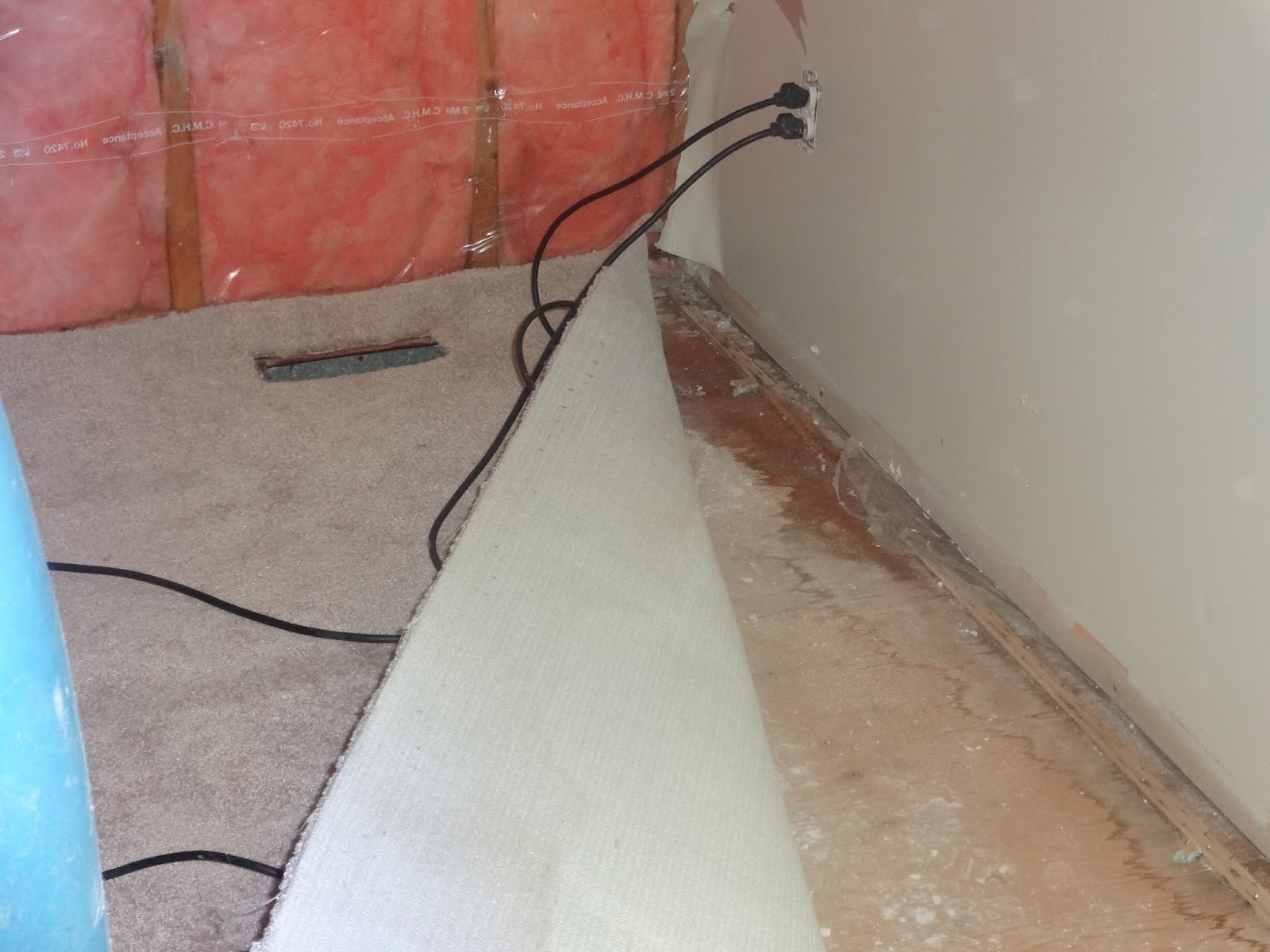 A team of first-responders came the next day to help minimize the damage done by the water. Drywall, insulation, and ceilings were removed.  Carpet was rolled back.  Furniture was moved to other parts of the house and many non-essentials were packed up and transferred to a storage facility 30 km away.

There were many days when we felt the uneasiness of living in a house that is torn apart with no timetable for reconstruction in sight. 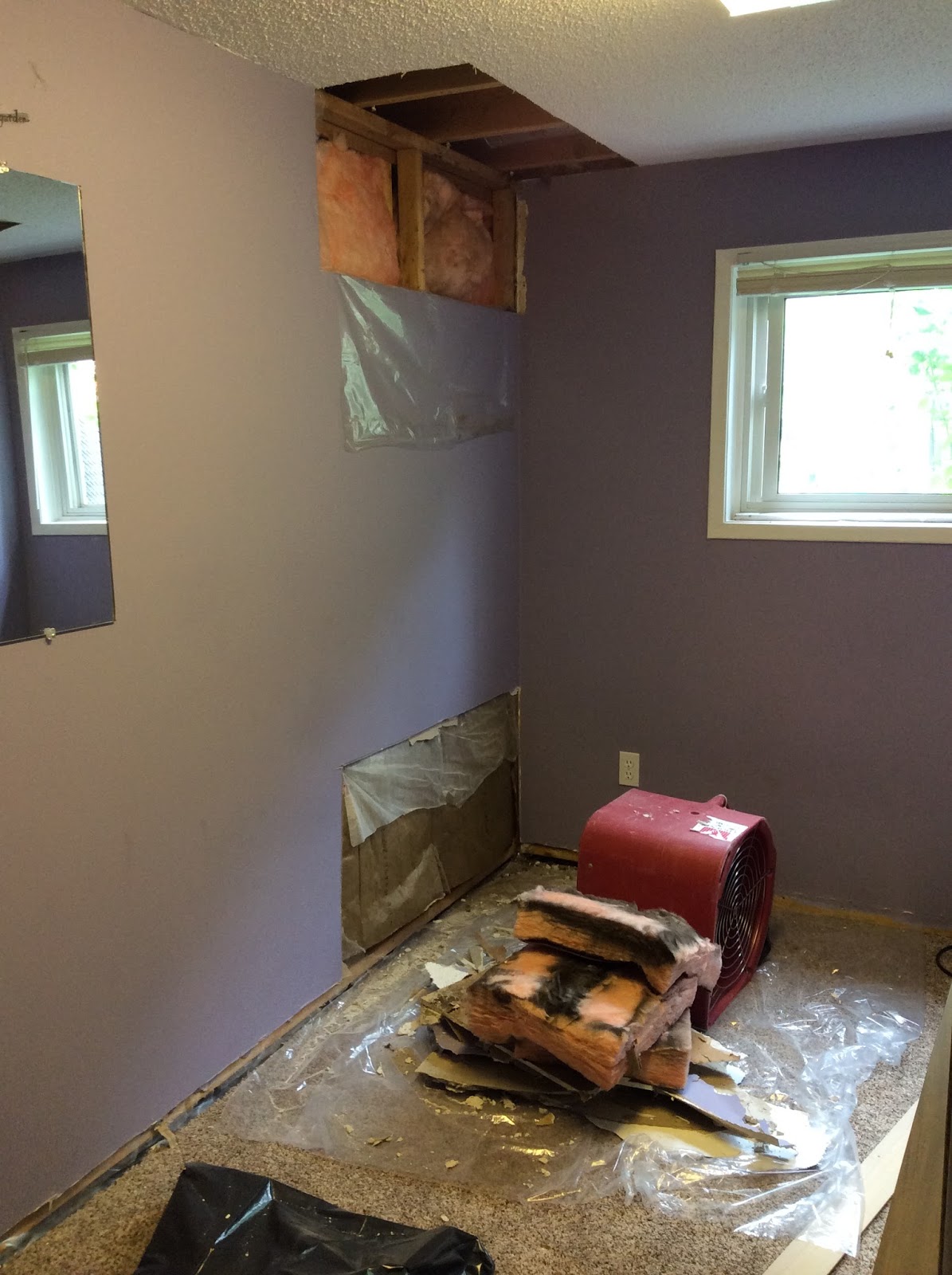 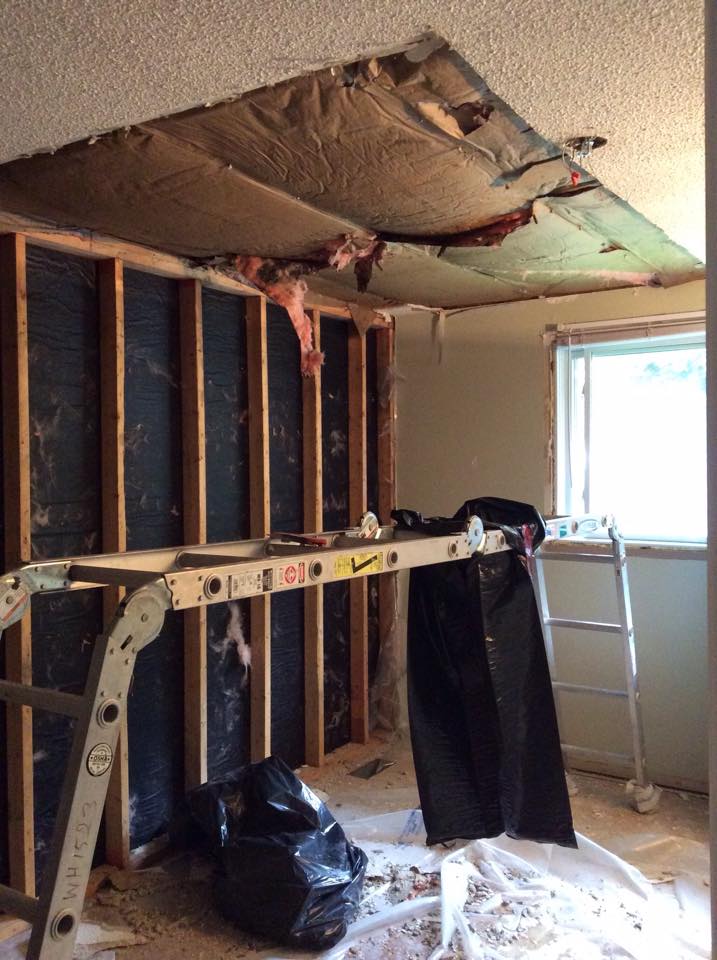 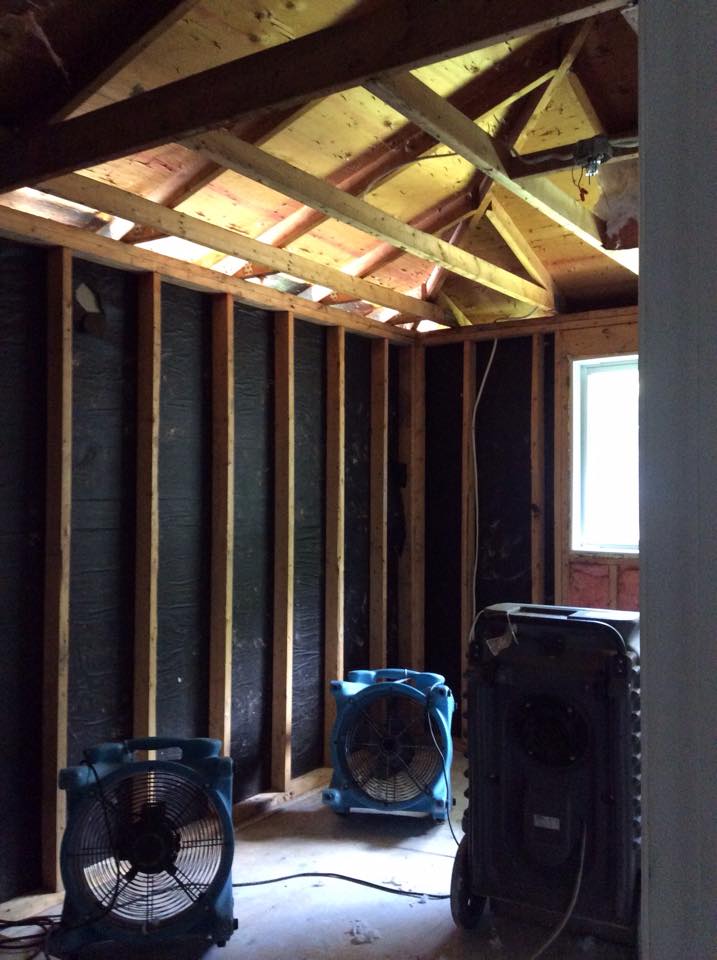 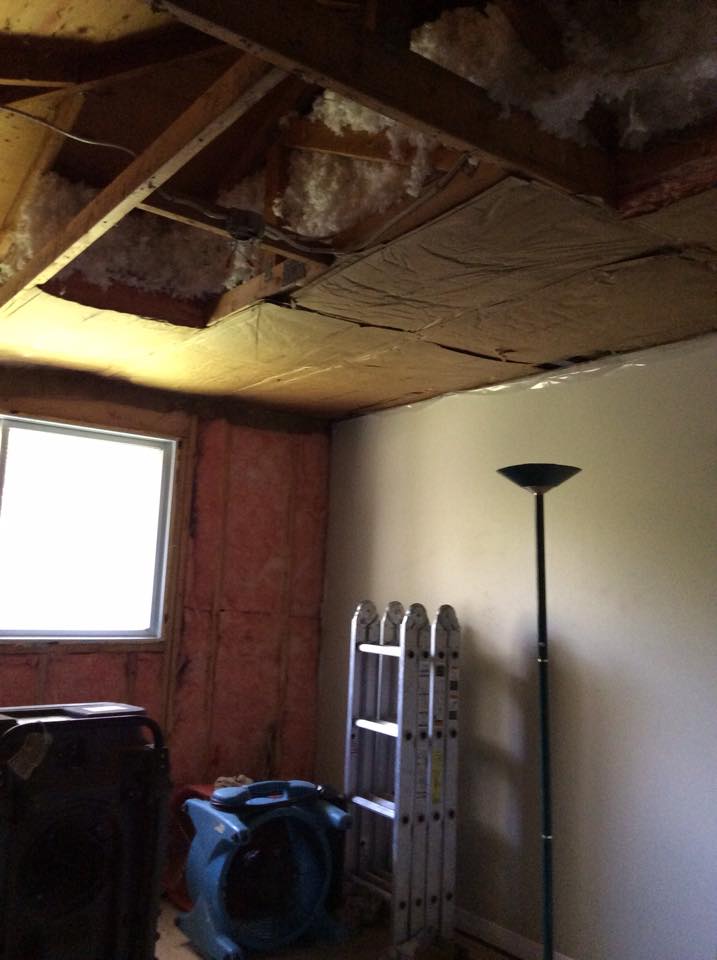 After a while, some of us really started to miss some items that had been packed up and stored.

Our family was finally given a schedule and told to make arrangements for living elsewhere for about five days as work commenced on the interior of the house.  We lived in a hotel for ten days. With very little of our stuff.

Today we are moving our stuff around once more. Our bedrooms have insulation, ceilings, drywall, three coats of paint, baseboards and we'll soon have doors too! 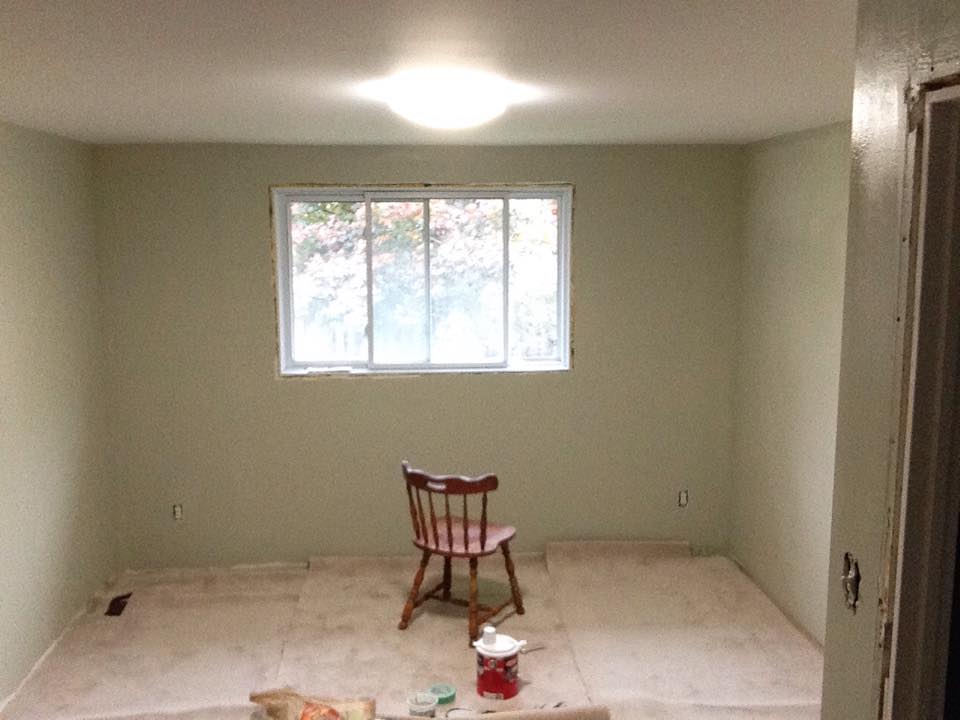 My daughter's main task for the day is to sort through her *stuff.*  As we sat down to start our formal learning for the day, she commented that there was a lot of stuff that she doesn't really need.

Tomorrow we will get the rest of our stuff from storage.  More stuff to weed through.

We decided to forgo the lesson plan and talk about stuff.  What does God have to say about stuff?

There are plenty of other verses about stuff...  Go ahead and look for yourself.  One of my favourite *stuff* verses is Acts 2:45 - "They sold property and possessions to give to anyone who had need."

We chatted more about stuff and Christmas lists and Christmas shoeboxes, and Compassion children whose pictures are on our fridge and decided to see what it was like to give up some stuff...  some comforts that other do not have.  We decided our chairs and couches and tables were not necessary, so for the rest of class, for the rest of the day, for every meal today, we are not going to use them. We are standing or sitting on the floor instead of sitting on chairs - just to get an idea of how reliant we are on stuff.

As our good friend likes to say, "It's all gonna burn."

It's just stuff.  Don't get wrapped up in the stuff that distracts you from serving your God-given purpose.

If you don't know your God-given purpose, ask Him.  He's given some pretty good feedback already.

"Let your light so shine among men
that they may see your good deeds
and give glory to your Father in heaven."
Matthew 5:16