As some (most?) of my family and friends know, my sister and I are starting our own little cleaning business using natural and toxin-free cleaning supplies.  We've done our homework (thanks Caroline, Al, Trina, Mom, and anyone else that's helped us out), made our flyer, registered our business name (YEAH!) and now I'm making a Facebook page so that you can like us and I can cheer like Sally Field when she won an Oscar.

So now I have to fiddle with code.  I don't do code.  So I may experiment on this blog for the next post or two, trying to figure out what this code does.  In theory, I should be putting a "Like" button on this post for the Facebook page.

I'm sure I'll end up bugging my coding friends in about three minutes when I get fed up with being dumb.  Until I get it sorted out, please bear with me.  In the meantime, please look for us on Facebook (The Cleaner Sweep, http://www.facebook.com/#!/pages/The-Cleaner-Sweep/174666169250756) and please Like us! 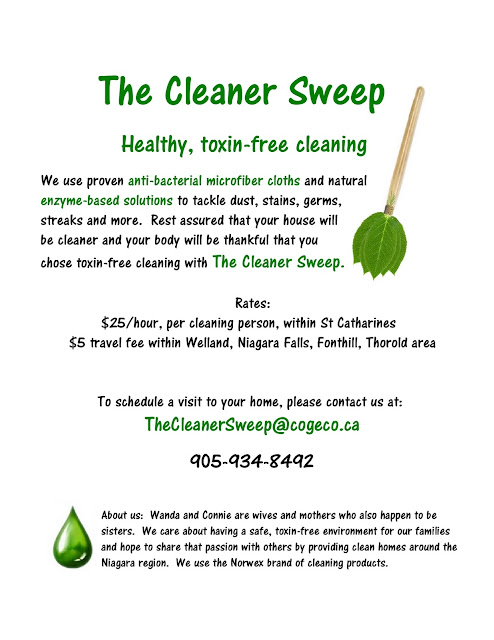 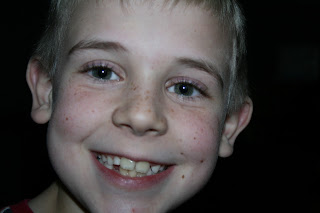 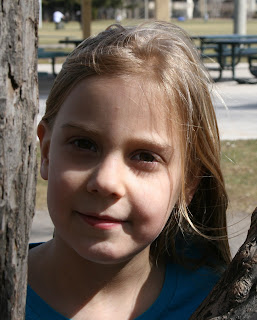 The best part is that the kids never remember these conversations in the morning.  We like our midnight math fun.
Posted by Wanda at 10:18 PM No comments:

Finding blessing in the "No"

Every time the phone rings today, we all jump to see who it is.  At lunch it was my husband.  Then I got a beep on call waiting and I jumped over to see that it was my friend across town.  The adults in this house are all anxiously waiting for the phone call.

My sister and her family are still here.  They move out next weekend.  This will be good for all nine of us.  In the meantime, we are waiting to hear if my brother-in-law was the one out of three candidates that was chosen for the dream job.

I've been praying about this a lot over the weekend, but especially today.  As I walked home from school this afternoon, praying about it, I found myself telling God that He knew the good that this job would bring to my sis's family, and to please just let it happen.

And then I realized that God knows exactly what He's doing, and we don't need to be so selfish as to assume that the blessing in something is for us.  Who knows but that this job is going to be a lifesaver for someone else.  Maybe someone will even come to know Jesus because of this job.  Or maybe there's another job lined up for my brother-in law that will allow him to be a blessing to others.  We just can't know what God has in store.

Don't get me wrong...  I'm not giving up on the job yet.  We still have time before the end of the day to get that phone call.  (Those that are not chosen will not get a phone call, just a letter later in the week.)  And I'm still expectant that my brother-in-law will get this job.  But if he doesn't, I will know that someone else will receive a greater blessing because of it.
Posted by Wanda at 3:10 PM 1 comment:

Wow...  I turned my head for just a minute sometime back in January and suddenly March is here!  I am amazed at how quickly the time has flown from January until now.  I'll let you in on a little secret.  We have a semi-legitimate reason for our distraction.

On January 14, my baby sister, her husband, and their two adorable girls came for a visit.  They liked hanging out with us so much that they decided to stay. 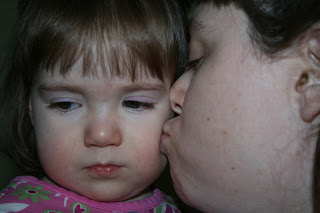 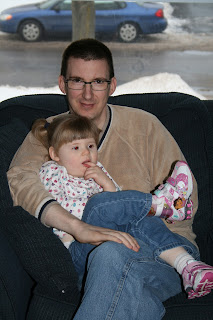 Okay, maybe that's not exactly how it happened, but I like to think about it that way.  Truth be told, they prayed and waited and watched and realized that God was leading them out of the west and into the mid-east.  We had offered our home to them as a place to stay until they could get on their feet with jobs and a place to live.  Needless to say, I was ecstatic to get the phone call back in December (or was it November?) that they had decided to move out here.
To be quite honest with you, it doesn't feel like they've been here six weeks.  The time has really just flown by.  I think it has something to do with the munchkins that I get to play with every day.  They look like this: 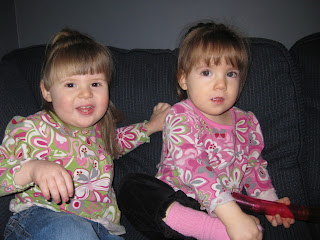 The best thing about this whole experience is that my kids are changing as a result of their live-in cousins.
My 7 year-old girl has turned into a little mother, right on down to lifting and buckling girls into high chairs, wiping little hands and mouths, and finding toys to occupy bored pre-schooler brains.  She adores her little cousins, and I think the feeling is mutual. 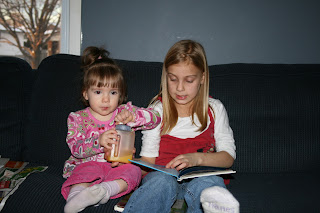 I have watched the boys change too.  The 8 year-old has continued to be a big helper and he's becoming more involved in the meal-making process.  He made oatmeal for seven people this past Sunday and he's constantly sorting, folding and putting away laundry, emptying the dishwasher, and begging for more chores to do to help.  The 8 year-old pretty much just rocks these days. 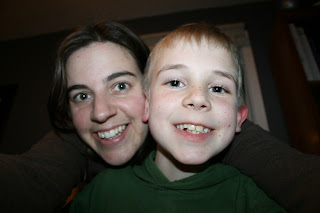 And the 5 year-old, the baby...  He really has been the baby up until about a month ago.  It's not that we treated him like a baby, but he was just always the youngest and relied on others to entertain him.  Now, he's got two younger housemates and he ends up comforting a sad little girl or finding fun games to play with the two cousins, or speaking with that sing-song voice grown-ups use when they're speaking to a 2 year-old.  It's been miraculous to watch him change so swiftly over the last month.  I've never treated him like he's my baby, (well at least not since he started school!) so it's nice to see him growing into a big boy version of himself on a more full-time basis. 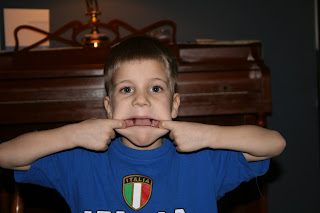 Wait a minute.  That wasn't what I meant by big-boy help! 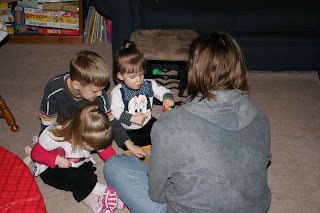 There he is, helping the girls play Connect Four.
That's more like it.
I think the biggest﻿ surprise/relief for me has been the way Hubby and I have interacted with each other over the last six weeks.  I must admit that I was a little concerned that we would get snippy with each other and have shorter fuses with the added "stress" of having four more people in our house.  I am certain it is one part "good marriage" and many parts "Divine intervention" that has caused us to grow closer as a result of our shared living quarters. 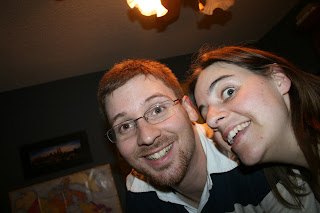 It really has been awesome to see our individual responses to the changes in our house.  I'm looking forward to seeing what our new and improved selves do next!
(And just an FYI for those who are curious...  My sister and her hubby both have full-time jobs now and are hoping to have a place of their own by April.  I know they will love having their own space and privacy, but we plan to see lots of them after they've moved out.  So they'd better not get any ideas of being too far away!)
Posted by Wanda at 12:55 AM 3 comments: