Mom: Have you guys studied for your tests yet?

As the rest of us giggle: Wait, what does "procrastinate" mean?
Posted by Wanda at 11:45 AM No comments: 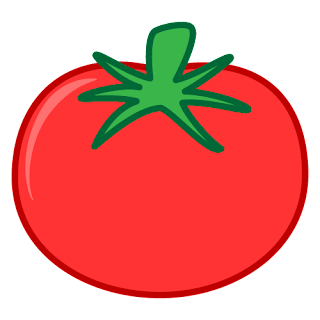 This just happened between the 13 year old boy and 11 year old girl. Read with a faux British accent.

Do you have tomatoes skills?

No, it's not. I have great tomato skills.

What kind of tomato skills do you have?

Which skill are you best at?

Do you know what tomato skills are?

Being skilled at tomatoes.

I don't think you know what tomato skills are. I'm very good at two of them.

I'm good at those AND at planting tomatoes, weeding tomatoes, and looking at tomatoes. I've named a tomato "Bob." Have you?

I've named a tomato "Kevin." Have you?

I've named a tomato "Bacon." Have you?

No. But I've named a tomato "Stuart" because I'm very good at naming tomatoes. Did you know that Stuart has a magma gun?

No a magma gun.

It's the same thing.

I have teared up twice today while telling the kids about the many people who died one day 14 years ago. It's so hard to remind children that things like this can happen. I followed it up by telling them that there is also so much good in this world, but we often don't hear about it. (Good people tend not to toot their own horns much.)

The hardest moment came minutes after the discussion was over, when my girl asked, "Wouldn't they have seen a plane near the building and been able stop it?" Like a sad movie ending, this one didn't make sense to her.

These moments make my heart hurt, but I am encouraged all the same. I will only become disheartened when we are no longer affected by such things.

One day, justice will roll.

Until then, we love as Jesus loved.