Me: You need to shower.
Child: Harumph
Me: I told you that you needed a shower yesterday and you didn't get one. You must shower right now.
Child: Okay.
Bathroom door closes.
Noises.
Child pokes head out: Is it okay if I just get my hair wet?
Me: No, you need to clean yourself from head to toe.
Child: Harumph

The shower was just turned on. I'm crossing my fingers and hoping for the best.

Another day.  A Saturday, to be specific.

Me: You all need to shower tonight.
Boy: But I just showered yesterday!

Me: Were you out walking around in the hot sun getting all sweaty?
Boy: Yes.
Me: Then you need to shower tonight.

Farther down the proverbial road:

Just getting out of the shower, still soaking wet, with a loud fan running, I hear a small, eight-year-old voice at the door.

I turn the fan off so I can hear better. "Yes?"

"Do you wanna play cribbage with us?"

"I'm kind of wet, buddy. Go ahead and play without me."


When do they learn the value of proper timing?
Posted by Wanda at 9:49 AM No comments:

Oldest Boy: Is that salmon?  I smell something yummy.

I look at the cinnamon roll in my hand and the coffee dripping through the machine.

Oldest Boy: What's that noise?  Are you making salmon?

Oldest Boy, disappointed: Oh.
Posted by Wanda at 9:47 AM No comments:

I heard on the news today that in Iraq and the surrounding areas single bedroom apartments are being crammed with five or six families, just so these people can stay alive and safe. I had déjà vu to a book I read recently about the Holocaust. Jews were forced to leave the towns where they grew up and the possessions they worked hard to purchase. With nothing but the clothes on their back and whatever they could stuff in their pockets, they fled and hid in homes of family and friends. But this modern-day Hitler is an organization called IS(IS) and they aren't targeting Jews... They're targeting anyone who won't convert to their religion of Islam.

I was reminded of another religious zealot/terrorist who was proud of his job of killing Christians. He bragged about it, was supported by the local government, and the Christians certainly knew who he was and what he was capable of.

Hitler, Osama bin Laden, Gaza's Hamas leader Ismail Haniye, ISIS's leader Abu Bakr al-Baghdadi... It's hard to imagine any of these guys having a change of heart and deciding to spread love instead of hate, but it's still what we need to be praying for.

Please read this true account of a religious terrorist who spent his efforts killing every Christian he couldn't sway away from their faith. Any time you see the name "Saul," insert the name of one of the above terrorist leaders.

Meanwhile, Saul was still breathing out murderous threats against the Lord’s disciples. He went to the high priest and asked him for letters to the synagogues in Damascus, so that if he found any there who belonged to the Way, whether men or women, he might take them as prisoners to Jerusalem. As he neared Damascus on his journey, suddenly a light from heaven flashed around him. He fell to the ground and heard a voice say to him, “Saul, Saul, why do you persecute me?”

“I am Jesus, whom you are persecuting,” he replied. “Now get up and go into the city, and you will be told what you must do.”

The men traveling with Saul stood there speechless; they heard the sound but did not see anyone. Saul got up from the ground, but when he opened his eyes he could see nothing. So they led him by the hand into Damascus. For three days he was blind, and did not eat or drink anything.

In Damascus there was a disciple named Ananias. The Lord called to him in a vision, “Ananias!”

The Lord told him, “Go to the house of Judas on Straight Street and ask for a man from Tarsus named Saul, for he is praying. In a vision he has seen a man named Ananias come and place his hands on him to restore his sight.”

“Lord,” Ananias answered, “I have heard many reports about this man and all the harm he has done to your holy people in Jerusalem. And he has come here with authority from the chief priests to arrest all who call on your name.”

But the Lord said to Ananias, “Go! This man is my chosen instrument to proclaim my name to the Gentiles and their kings and to the people of Israel. I will show him how much he must suffer for my name.”

Then Ananias went to the house and entered it. Placing his hands on Saul, he said, “Brother Saul, the Lord—Jesus, who appeared to you on the road as you were coming here—has sent me so that you may see again and be filled with the Holy Spirit.” Immediately, something like scales fell from Saul’s eyes, and he could see again. He got up and was baptized, and after taking some food, he regained his strength.

Saul spent several days with the disciples in Damascus. At once he began to preach in the synagogues that Jesus is the Son of God. All those who heard him were astonished and asked, “Isn't he the man who raised havoc in Jerusalem among those who call on this name? And hasn't he come here to take them as prisoners to the chief priests?” Yet Saul grew more and more powerful and baffled the Jews living in Damascus by proving that Jesus is the Messiah.

After many days had gone by, there was a conspiracy among the Jews to kill him, but Saul learned of their plan. Day and night they kept close watch on the city gates in order to kill him. But his followers took him by night and lowered him in a basket through an opening in the wall.

When he came to Jerusalem, he tried to join the disciples, but they were all afraid of him, not believing that he really was a disciple. But Barnabas took him and brought him to the apostles. He told them how Saul on his journey had seen the Lord and that the Lord had spoken to him, and how in Damascus he had preached fearlessly in the name of Jesus. So Saul stayed with them and moved about freely in Jerusalem, speaking boldly in the name of the Lord. He talked and debated with the Hellenistic Jews, but they tried to kill him. When the believers learned of this, they took him down to Caesarea and sent him off to Tarsus.

Then the church throughout Judea, Galilee and Samaria enjoyed a time of peace and was strengthened. Living in the fear of the Lord and encouraged by the Holy Spirit, it increased in numbers.

It is challenging and exciting to read that and imagine it happening today. But it is what we need.

Please pray with me for a Damascus conversion for these religious terrorists. That is what we need to see.
Posted by Wanda at 11:20 AM 2 comments:

We headed out to the market and library, expecting it to be much like any other day.  We smiled at our market-vendor friends, made our purchases, and headed over to the library.  My 8-year-old boy made a bee-line for the computer so he could look for a book on a certain topic.  My 12-year-old boy also had a specific book in mind so he looked that up. All this, while I was taking care of business with one of the librarians.

My 8-year-old's book was in the adult non-fiction section, which is on another level of the library.  I convinced him to look for the same type of book in the children's non-fiction section first.  We looked and were rather dissatisfied with the books, so we collected the 12-year-old (who had his new book in hand) and went to the second floor.

My 8-year-old found the section he needed (700s...  746...  746.434) and started perusing for the perfect book.  (Anyone who knows the Dewey Decimal System can probably figure out the topic that had piqued my young son's interest.)

As we walked through the 700s, we saw a young man, probably 15 or 16, sitting at a table, reading a book, with a chess board in front of him.  I mentioned this to my 12-year-old and suggested that he could go over, introduce himself, and see if the young man was interested in a game of chess.  My 12-year-old asked a few clarifying questions, establishing the parameters of our time at the library and what the best words would be to begin such a conversation, and approached the young man.  I peeked through a bunch of photography books to see my young man happily engaged in a mental battle with a complete stranger.

My 8-year-old continued searching through the books, probably five or six, until he found just the book he was looking for: 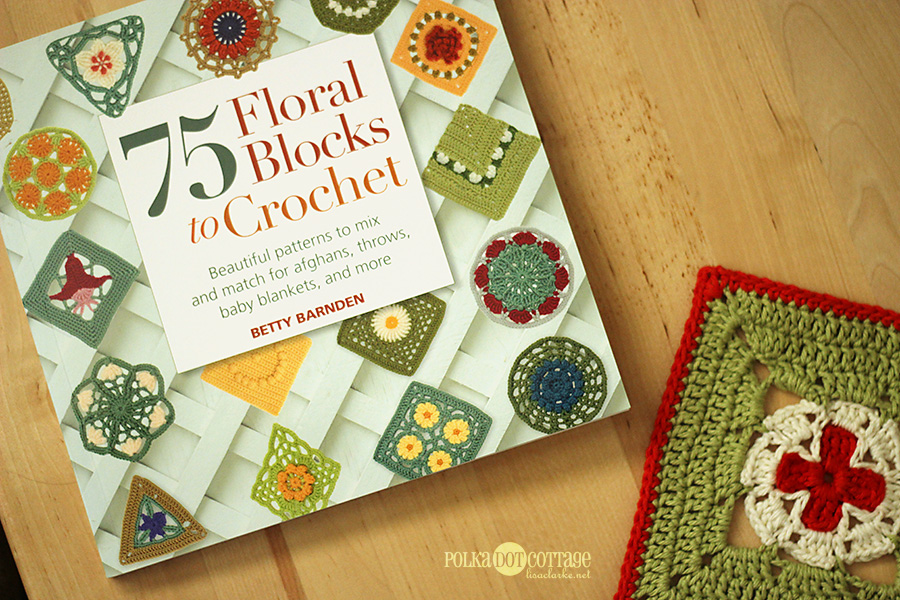 As I was lying on my bed, thinking about the day, I marvelled at these events.  One year ago, my youngest had no interest in learning crafty things.  Now, he just determined that he would learn to crochet, without any prodding from me at all. One year ago, my oldest would never have had the gumption to approach a stranger and ask to play chess with him in the library.  Now, he spent half an hour playing two games of chess and making pleasant, not-at-all-awkward conversation.

They're growing and maturing.  Days like this make my heart happy.
Posted by Wanda at 10:11 AM 1 comment: